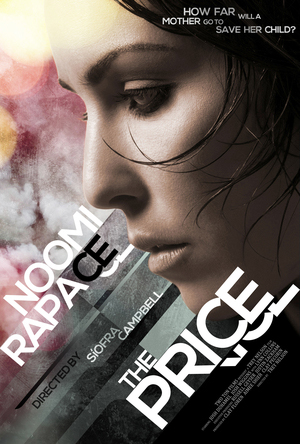 Here’s some artwork from Cargo Entertainment who are the production company behind THE PRICE which will star Noomi. Filming is due this September.

CLARE and her 5-year-old son FINN are in hiding in rural France after an ugly custody dispute with his father LIAM. She wakes in the middle of the night to find JONAS, one of Liam’s cronies, kidnapping Finn.

She tracks Liam down to Berlin only to discover that he doesn’t have Finn. It transpires that Jonas has allowed Finn to fall into the hands of a child trafficking ring headed by MARIUS. Clare is offered a deal – she can get Finn back in return for a girl of the same age.

Marius targets a girl and tasks Clare with snatching her off the street. Clare blows it but manages to broker time to do the job on her own terms. She vacillates between the terror of abandoning her son to an unspeakable fate and the horror of gifting that fate to another child.